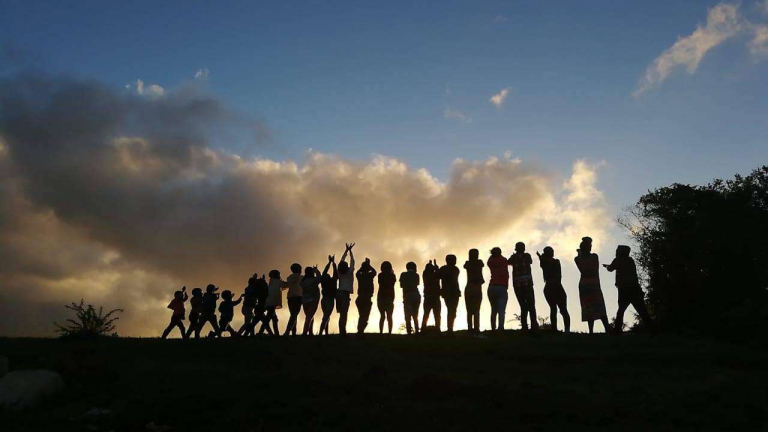 Isikolo sama - Afrika students praying to the sun to give them light, clarity and peace in their hearts.

There have been mounting debates and various political actions- since and before the attainment of democracy in South Africa – about land reform as a way of addressing the long and unjust land dispossession through colonialism and apartheid era. The dispossession and displacement have left many of the indigenous people in South Africa feeling alienated in their own land of birth. There is therefore a need to understand the conceptions of land and belonging for sustainable futures from the youth in marginalized communities, using their indigenous languages. Working with activist-scholars, this project investigates how young people (ages 13-16) from Makhanda’s townships make sense of, engage, and articulate their sense of place, belonging and futures in the town. It seeks to understand the shifts and continuities that occur in these conceptions after educational encounters which exposes the youth to the thinking and praxis of activists/thinkers from the ‘deep past’ in Southern Africa-such as Makhanda kaNxele- who were engaged in the struggle for land, belonging and futures in their time. This will be achieved through using multiple methods such as visual aids, inter-generational dialogues, and being involved in the production of creative pieces such as stories, speeches, and a theatre scripts.